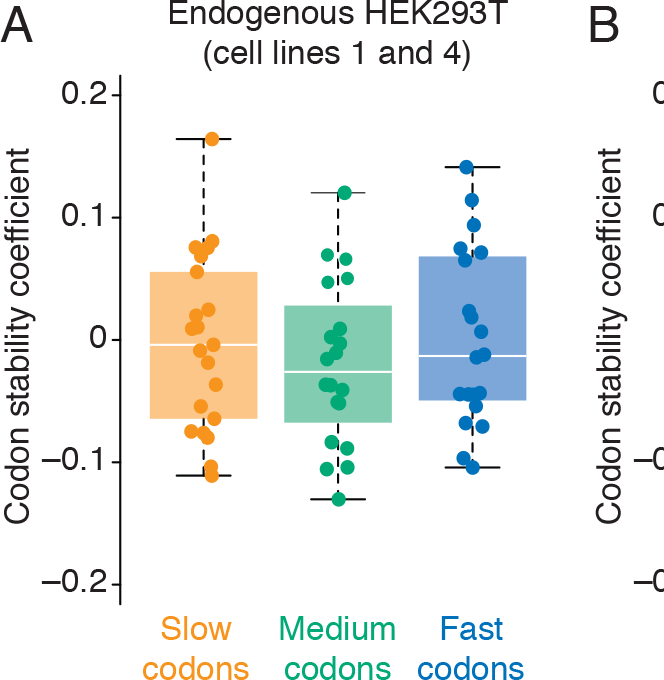 A new paradigm has emerged that coding regions can regulate mRNA stability in model organisms. Here, due to differences in cognate tRNA abundance, synonymous codons are translated at different speeds, and slow codons then stimulate mRNA decay. To ask if this phenomenon also occurs in humans, we isolated RNA stability effects due to coding regions using the human ORFeome collection. We find that many open reading frame (ORF) characteristics, such as length and secondary structure, fail to provide explanations for how coding regions alter mRNA stability, and, instead, that the ORF relies on translation to impact mRNA stability. Consistent with what has been seen in other organisms, codon use is related to the effects of ORFs on transcript stability. Importantly, we found instability-associated codons have longer A-site dwell times, suggesting for the first time in humans a connection between elongation speed and mRNA decay. Thus, we propose that codon usage alters decoding speeds and so affects human mRNA stability.